Equine Asthma can be a stealth disease. It's caused by inflammation in the lungs and/or upper respiratory tract. By the time common first symptoms arise, like a mild occasional cough, the inflammation is already there. It's the body's response to irritation, often from the many inhalable particles floating in the horse's breathing zone, even in the best-kept barns. 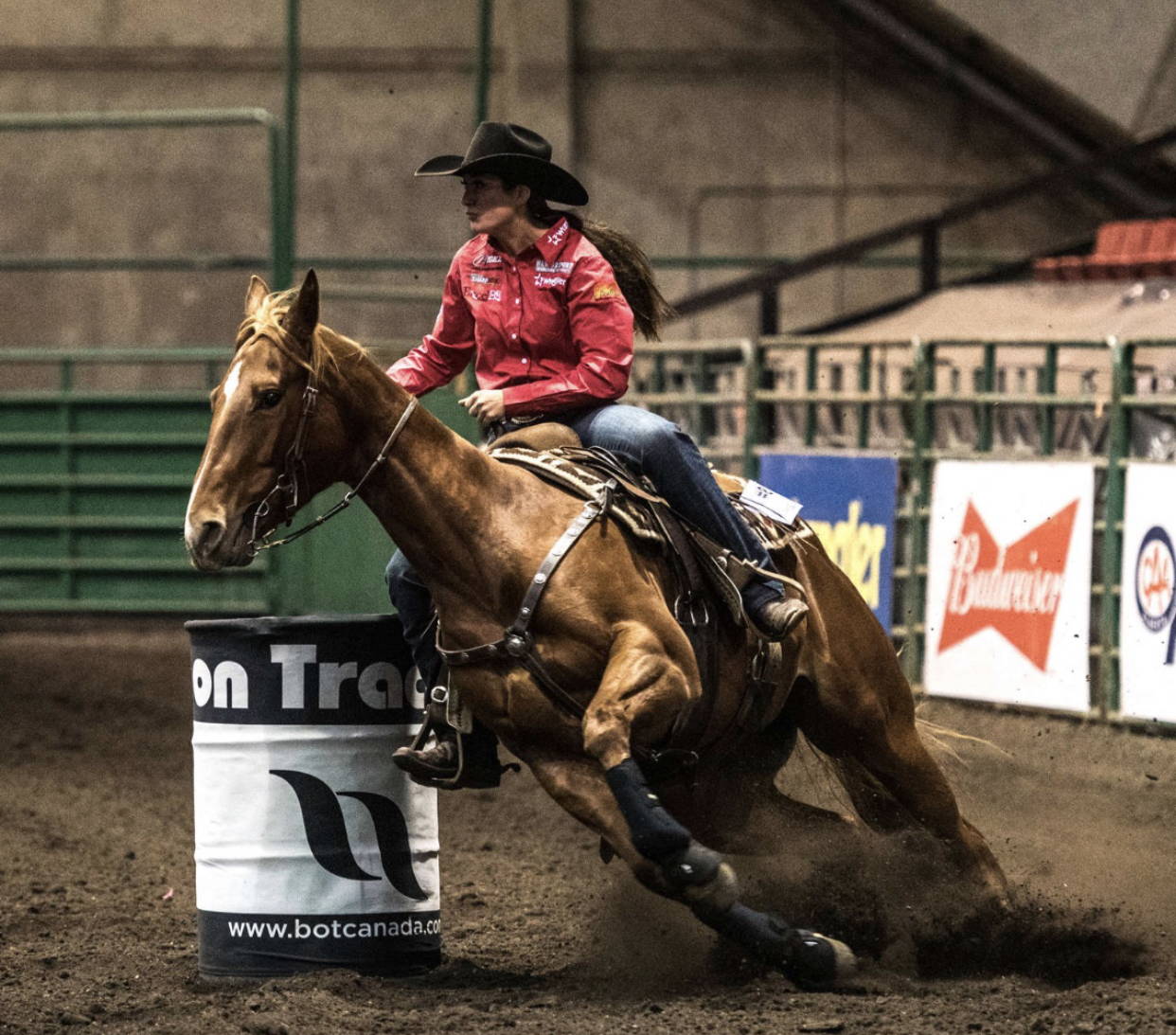 Earlier symptoms include an otherwise fit horse falling of their game for no apparent reason. That was the case for Miss Aries, 9-year-old Quarter Horse barrel racer in training with Veronica Swales.

"In the beginning of the run, she started really strong, then, as the run progressed, she got slower and you could tell she was not able to breathe as well." Veronica had worked with the mare since she was a 2-year-old and campaigned her through her Derby Futurity without any respiratory challenges. "She'd never had anything like this and I don't know what happened to cause it," Veronica shares.

Out of Breath, then A Bit Of Blood

Veronica and her horses had recently moved to Texas, from Calgary, Alberta, Canada, where she is part of the Swales Western Performance Horse family legacy. It's common for changes in weather and airborne allergens to trigger asthma symptoms in horses that had not previously exhibited them.

The next symptom was a similar sense of being out-of-breath at lower levels of exertion. "She was in running shape, but she started to show the same signs during our lope circles that are part of her regular exercise." Barrel racers rank with flat racing horses and eventers in needing every bit of breath to perform at their peak.

During a stretch when the mare was back with her owner, another symptom emerged: a small trickle of blood from the nose. Mrs. Aries returned to the Brock, Texas, facility where Veronica and her husband Clay Volmer base their training stable of barrel racers, reined and working cow horses.

Blood in the nostrils can indicate bleeding from the lungs, but an endoscopic exam found no evidence of that in Miss Aries. Broken blood vessels in the nose, from straining to breathe, were determined to be the source and Equine Asthma was the diagnosis.

Using a metered dose inhaler, aka a "puffer," medication was administered to open up the mare's airways and reduce inflammation. That helped get the condition under control, Veronica reports. But those are not treatments suitable for long term use. Bronchodilators open up the airways, but doing that so effectively also allows more particles in, perpetuating the cycle of inflammation. Steroids counteract that effect for short term use.

Happily, a Haygain High Temperature Hay Steamer arrived shortly into Miss Aries' treatment. "We actually saw an improvement pretty quick after we started that," Veronica says. It helped with her breathing and the mare seemed to recover her appetite, which had decreased during the corticosteroid treatments.

With Miss Aires back on track for peak respiratory health, Veronica was happy to have the hay steamer on hand when another horse received an Equine Asthma diagnosis. This was CD Smart Brat, a teenage working cow star who developed an out-of-the-blue cough. It started as occasional coughs while at rest, then progressed to debilitating coughs while at work. Veronica called the vet immediately, again resulting in an Equine Asthma diagnosis. 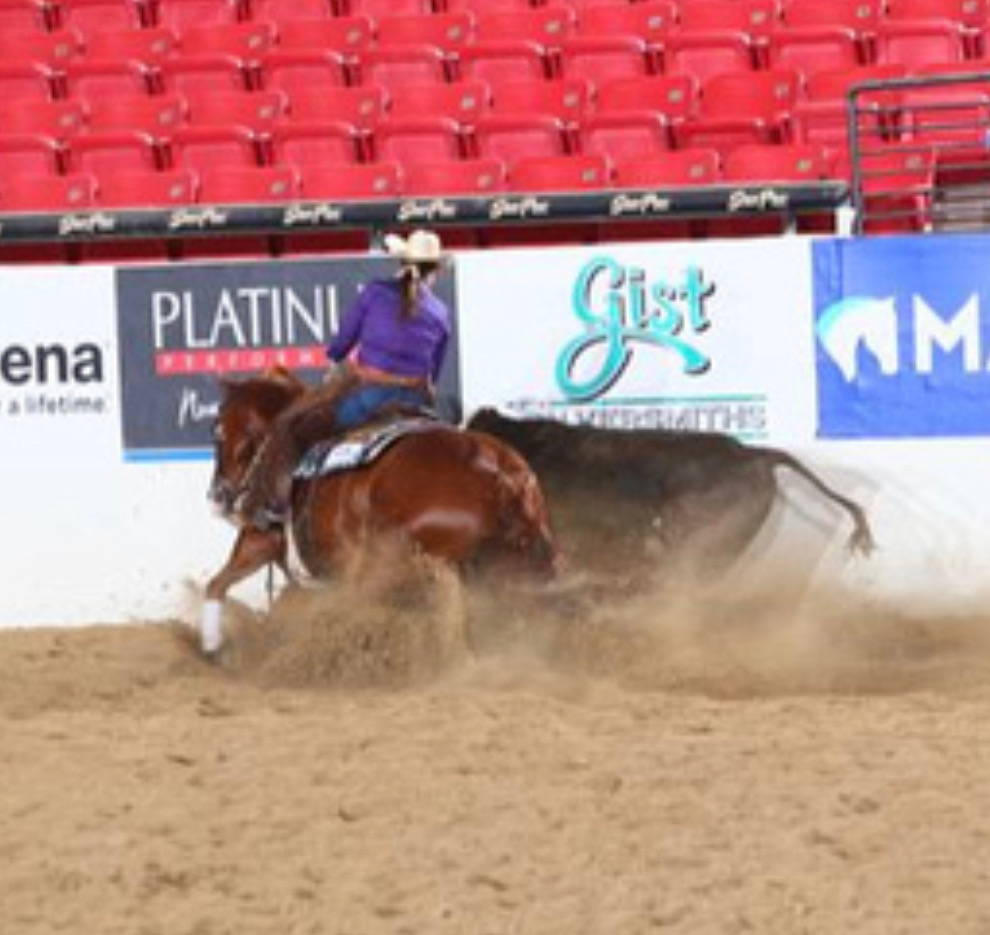 CD Smart Brat was started on Ventipulim syrup and steamed hay concurrently. Ventipulmin is a common prescription for managing horses with airway obstruction. Even though it was effective, Veronica prefers alternatives because the medications can make horses hot. "Everybody has a different opinion about it, but if I feel better not using it."

Fortunately. steamed hay was enough to make CD Smart Brat's cough disappear, she reports. Haygain Hay Steaming eliminates up to 99% of the dust, mold, bacteria and other allergens found even in hay of good nutrient content. Removing these from hay removes a substantial source of respirable airway irritants that cause the coughing and other Equine Asthma symptoms.

Shortly after receiving the hay steamer in March, Veronica and Clay shipped off to Las Vegas for the National Reined Cow Horse Association Stallion Stakes. The Haygain HG 600 Hay Steamer went, too. "It was easy to wheel up into the trailer and to set up and use at the end of our row of stalls," Veronica reports.

At first pass, the thermally-sealed Haygain chest could be mistaken for a gear trunk in the show aisle. But once the enticing smell of fresh steamed hay floated out after the steaming cycle, passersby realized it was something very different. Veronica was happy to share her horses' positive experience with steamed hay's benefits.

The next major show for Veronica, Clay and crew is the DT Horses Western Derby, the National Reined Cow Horse Association's big event in Scottsdale, AZ June 2-13. And, they won't be leaving home without their Haygain Hay Steamer. 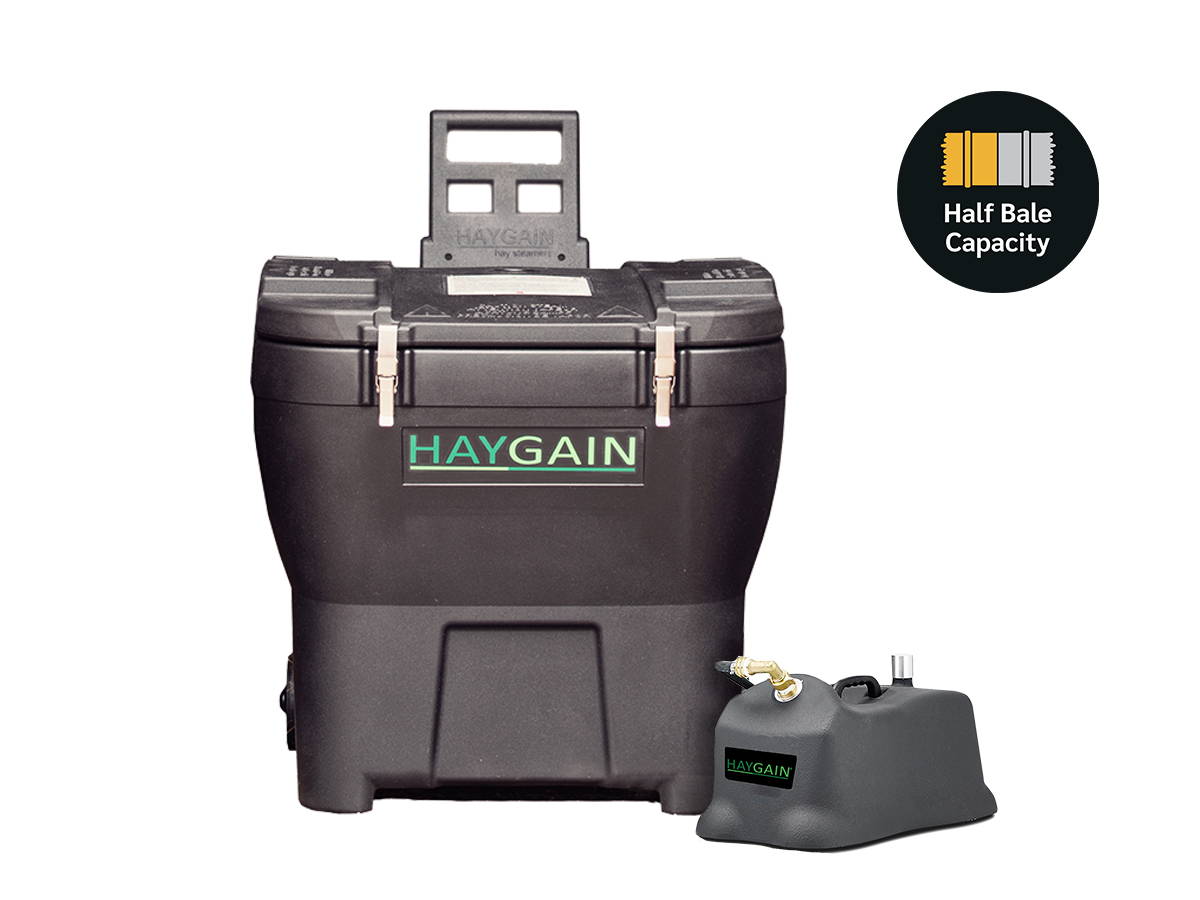