Weather wise, it's not the steamy season in Wellington, Florida. That would be summer.

However, this winter will see plenty of steaming hot performance in the show ring and in the barn as the 2021 Adequan Global Dressage Festival unfurls over the next several weeks.

After the COVID-abbreviated 2020 season, the Festival is underway with lots at stake. Qualifications are on the line for everything from summer Olympic consideration to national championships. Extra time to train at home will likely translate to heated competition at all levels.

As for steaming temperatures in the barns, that's attributable to Haygain high temperature hay steamers. An unprecedented number of top dressage horsemen consider it critical to their horses' health and performance.

These include four-time Olympian Steffen Peters and his 2012 teammate Jan Ebeling. Another four-time Olympian, Ashley Holzer, is a devoted hay steamer and 2018 WEG team rider Katherine Bateson-Chandler is a new fan. Top U25 Grand Prix contender Sara Hassler and her father and prominent coach and trainer, Scott Hassler, are long time steamers, while Grand Prix rider Melissa Taylor has newly embraced it. 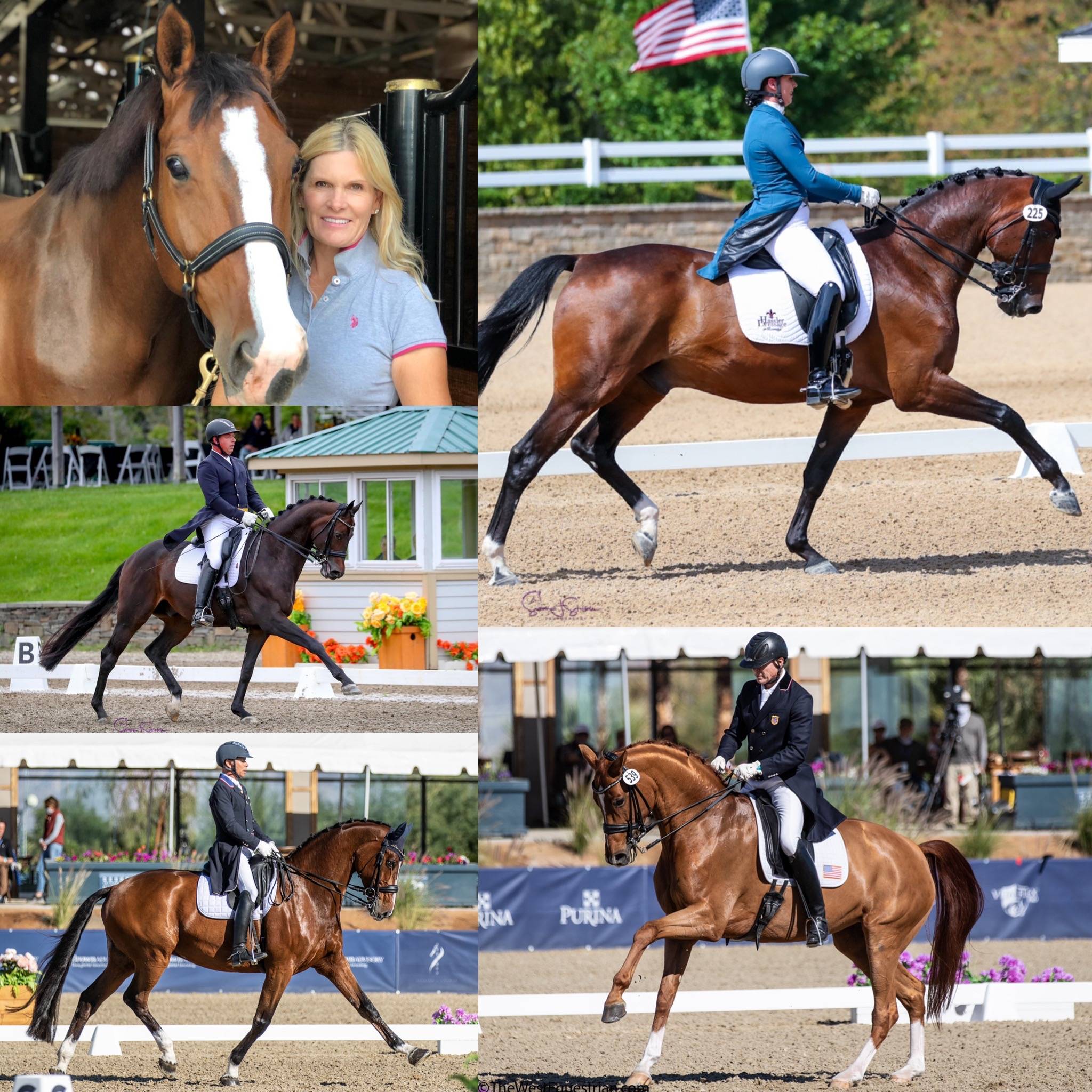 Respiratory health is steamed hay's best-known benefit. Horses' bodies are 60% muscle and muscles need oxygen. Inflammation anywhere in the respiratory tract impedes the flow of oxygen into the airway and lungs. It also impedes the transfer of oxygen from the lungs to the bloodstream, which delivers it to muscles and all other cells in the body.

It's easy to understand why racehorses, cross-country eventers and jumpers need maximum respiratory capacity. Dressage at the highest levels might look effortless, but it's anything but. Piaffe and passage, pirouettes and extensions are all powered by muscle. They also require the relaxation supported by easy breathing.

Kentucky veterinarian Wren Burnley, DVM, is an active dressage trainer and competitor. "Anyone that deals with galloping tends to understand more about respiratory health," she notes. "I see in the dressage world that everybody cares about every detail of their horse's health, but they sometimes don't see that respiratory health is one of the biggest impactors on the sport."

This is compounded by the reality that many dressage horses spend much of their time indoors. Even in a beautifully maintained barn, hay and traditional bedding load the air with dust and other inhalable particles that trigger airway inflammation.

Nose-only breathing and narrow airway passages are a few of those factors. So are fast heart and blood circulation rates that give blood less time to unload its oxygen supply as it travels through the body. "Unfortunately, oxygen capacity of the respiratory system does not improve with conditioning," the veterinarian confirms.

The fact that horses inhale and exhale at the same rate as their canter stride is another reason respiratory function that impacts dressage performance. Inhales and exhales shortened by constricted airways translate to shortened, more frequent strides in the extended canter.

A surprisingly high percentage of horses suffer some degree of respiratory problem, Dr. Van Erck Westergren says. "In a study published in 2019, we found that 88% of 731 horses referred for poor performance had Inflammatory Airway Disease, a range of conditions on the milder end of the Equine Asthma Spectrum." These findings are consistent with previous studies indicating that over 80% of sport horses suffer compromised respiratory health. Often, there are no obvious symptoms.

Unlike in people, even an occasional cough can indicate trouble in horses.

All of which puts a premium on preventing respiratory problems. By eliminating up to 99% of the microscopic dust, mold, bacteria and other allergens found even in hay of good nutrient quality, high temperature hay steaming is one of the best ways to do that. Plus, steamed hay adds water to the diet for hydration and digestion support. Unlike soaking, it preserves hay's nutrients

“Haygain continues to be an integral part of our health program for our horses," says Steffen Peters. "We have seen great improvements in their performance and overall wellness.” His 2012 London Olympic teammate Jan Ebeling began steaming hay last fall during the terrible wildfire season in Southern California. His family's California barn was not threatened by the fires directly, but smoke particulates throughout the region made it challenging for all to maintain training routines at times. Steaming helped reduce overall particulate intake so the horses could stay in work when the air quality permitted.

The Ebelings took their steamer across the country for the winter and feel steamed hay's benefits are equally important in Wellington. Jan's top Grand Prix horse, Indeed, passed a recent vet check with flying colors. "Our vet could not have been happier with her muscle development, her coat and her overall. health," Amy Ebeling reports. "I think steamed hay has made a huge difference."

If appetites are an indicator of horses' appreciation for steamed hay, Grand Prix rider Melissa Taylor's horses love the taste as much as she loves the benefits. "Our horses don't leave a single morsel of it," says the Wellington equestrian and wife of Danish Olympian Lars Peterson.

"When it comes to preventative medicine, Haygain is something that speaks for itself over time," Dr. Van Erck Westergren concludes. "That's why you don't see many hay steamers for sale second-hand. Once horse owners adopt it, they don't go back."

That statement is true in the high-performance dressage world and far beyond.