Ingrid Klimke is a German eventing rider and has attended five Olympics from 2000 to 2016, and has won two gold medals in team eventing, at the 2008 and 2012 Summer Olympics. At the 2016 Summer Olympics she won a team silver with Hale-Bob. In January 2012 she was appointed to the position of "Reitmeister" (Riding Master, a special title of the German Equestrian Federation). Klimke is the second woman ever to be appointed as "Reitmeister". 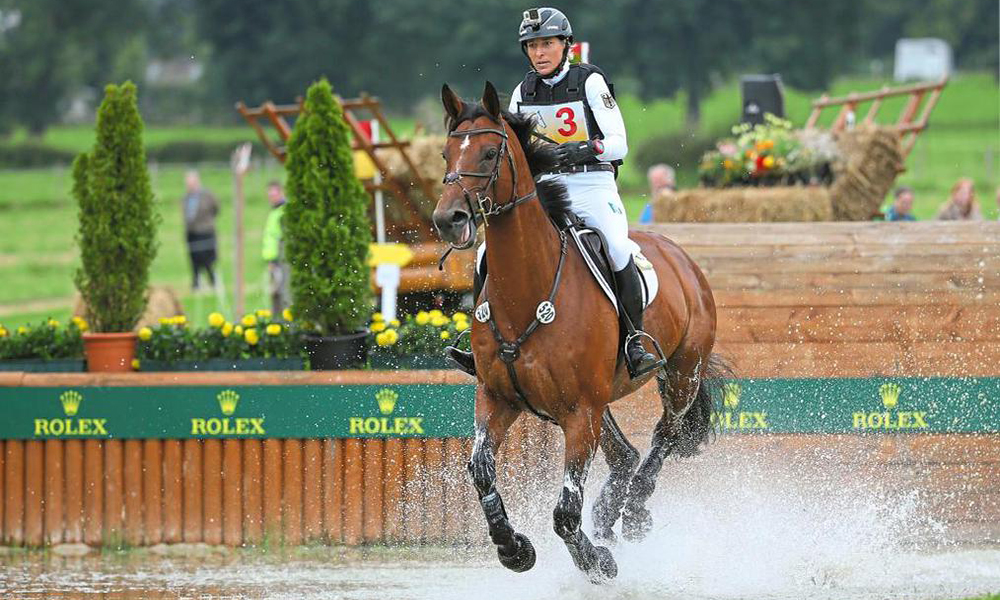 What Ingrid says about steaming hay with a Haygain Hay Steamer

“Not only I like Haygain very much, but especially the horses. They all love to eat the hay from the Haygain and I found out in Tryon last year at the World Championships that my favourite hero Bobby really likes it a lot.

So we decided we would take it at home and we take a Haygain to the shows, it’s dust free [...] and so it is very good for the breathing and especially they keep eating all the show long.”

It's dust free [...] and so it is very good for the breathing and especially they keep eating all the show long."