Everybody poops, including horses.

While there’s ample information about the impact of manure on soil and water quality, it’s good to know that our equines contribute only a small fraction of the world’s accumulation of problematic animal waste. One measurement is that an average horse produces 20.7 kilograms (45.5 pounds) of methane gas per year compared to the 99kg (220 pounds) cows produce annually. 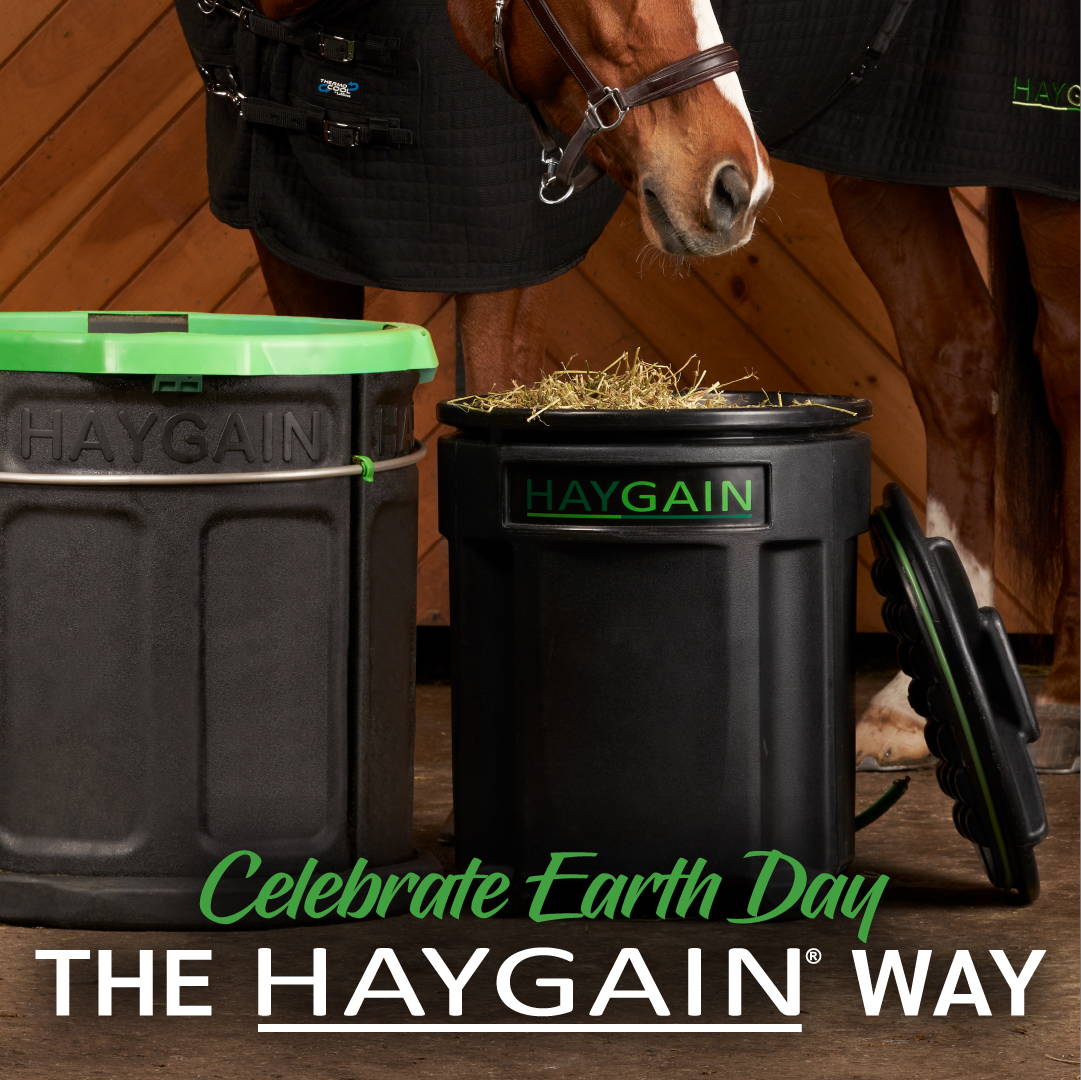 One measurement is that an average horse produces 45.5 pounds of methane gas per year compared to the 220 pounds cows produce annually.

That relatively good bit of news in the Earth Day conversation springboards to proactive steps we can take to further reduce our horses’ carbon hoof print.

On Earth Day and every day, Haygain is proud to provide equipment that can help improve horse health and planet health. 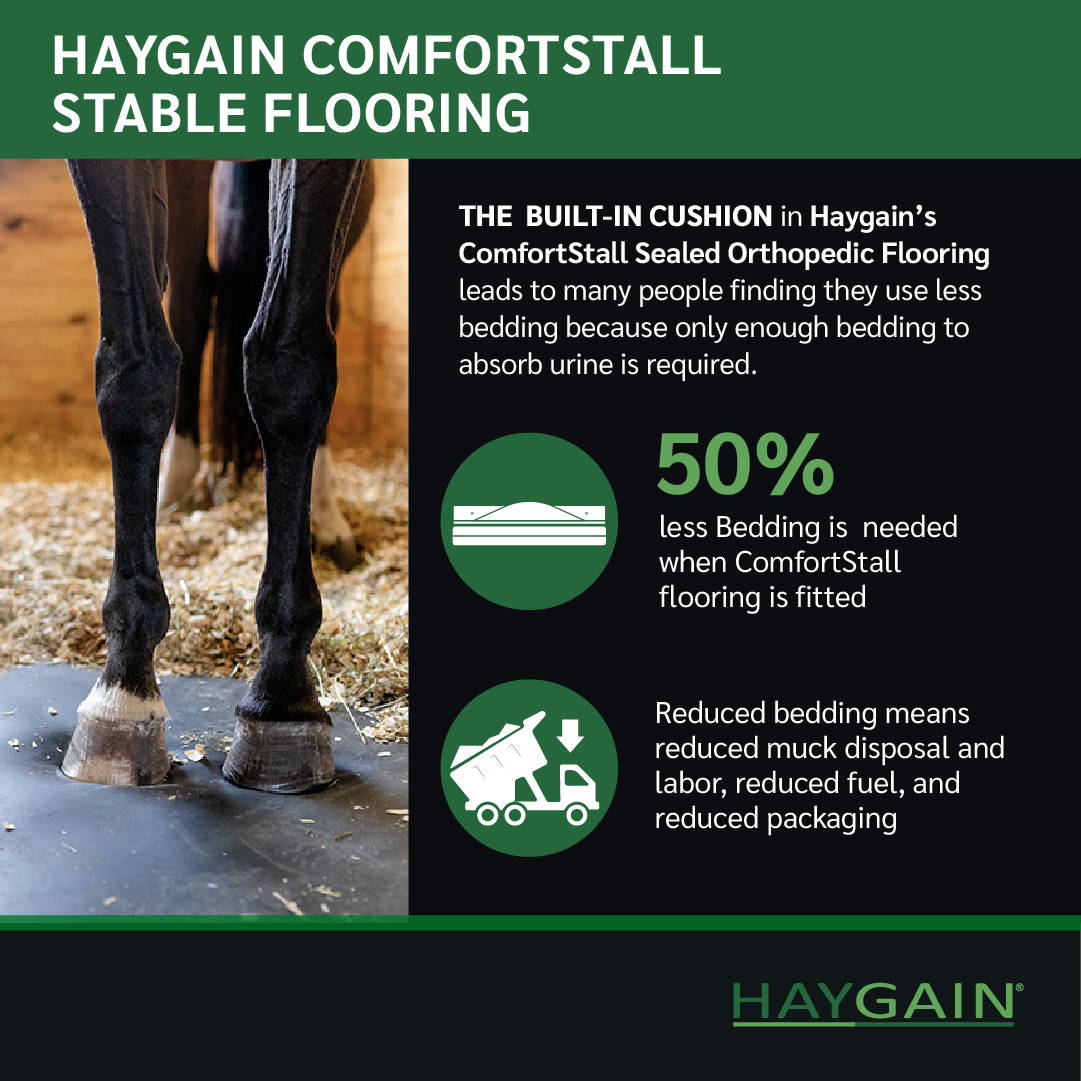 Less Bedding: The built-in cushion of Haygain’s ComfortStall Flooring eliminates the need of bedding for cushion. Only enough bedding to absorb and remove urine is required. Because most yards use bedding that’s hauled in and out, using less of it cuts down on fuel and the environmental impact of transporting bedding.

ComfortStall’s sealed top cover prevents urine and manure from seeping to the stall base and leeching into the soil below. That’s great for horses because it prevents the potentially harmful accumulation of bacteria and ammonia odors in the stall. In the larger environmental context, the ability to remove small amounts of soiled bedding to a compost pile can help protect ground water sources.

Longer Life: The sturdy, well-designed and tested products of the Haygain Way align with the environmental priority of reuse. Original Hay Steamers are still ticking along in the U.K. where they were introduced in 2009. ComfortStall Sealed Orthopedic Flooring has a six-year warranty and a typical average lifespan of 15 years. 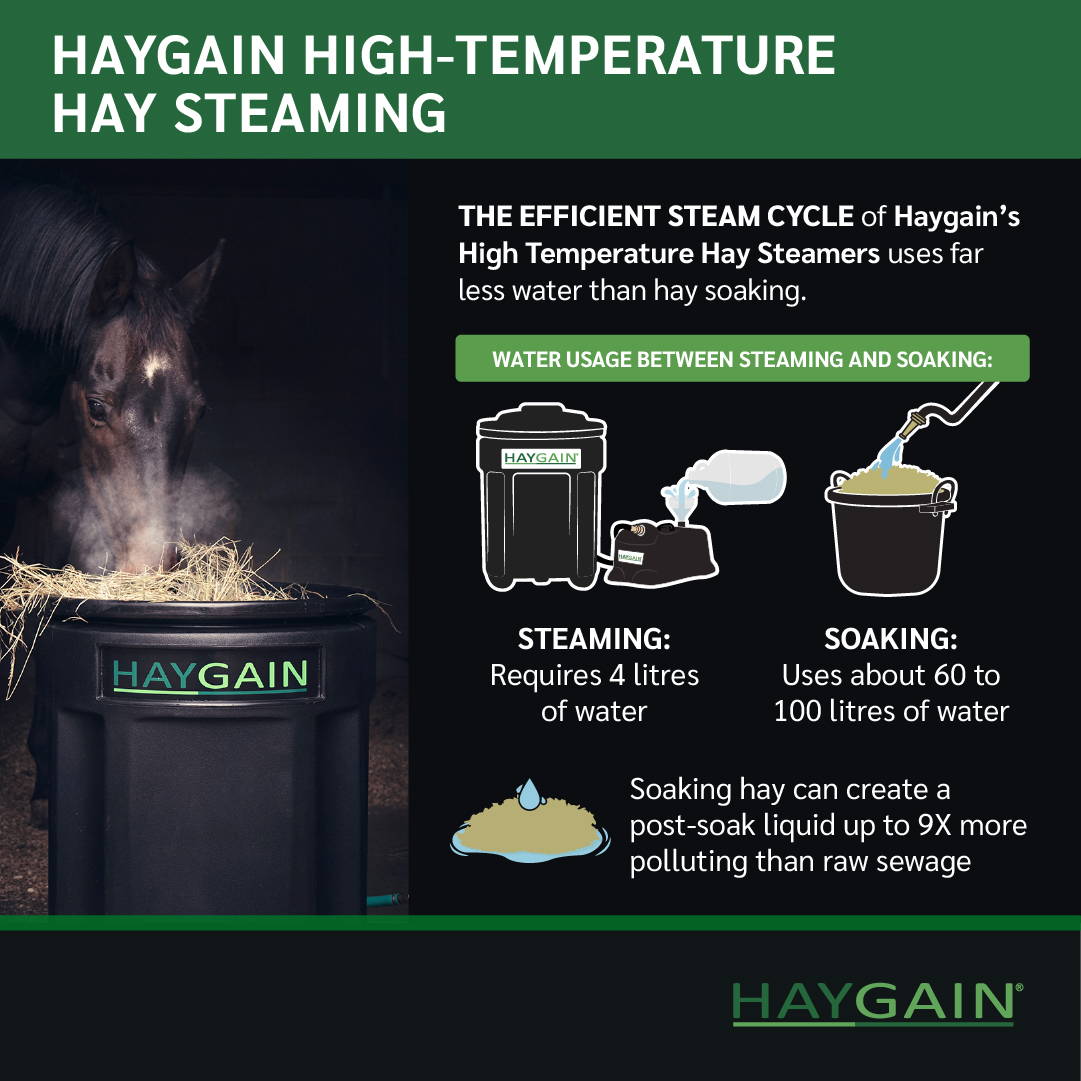 Less Water: Before the advent of Haygain’s High Temperature Hay Steaming, the common way to reduce respirable irritants (aka ‘dust’) from forage was to soak it in water. Soaking hay requires between 60 and 100 litres of water, while Haygain steaming requires just 4 litres. Worse, the effluent from soaking hay can be up to 9X more polluted than raw sewage as determined by its biological oxygen demand. 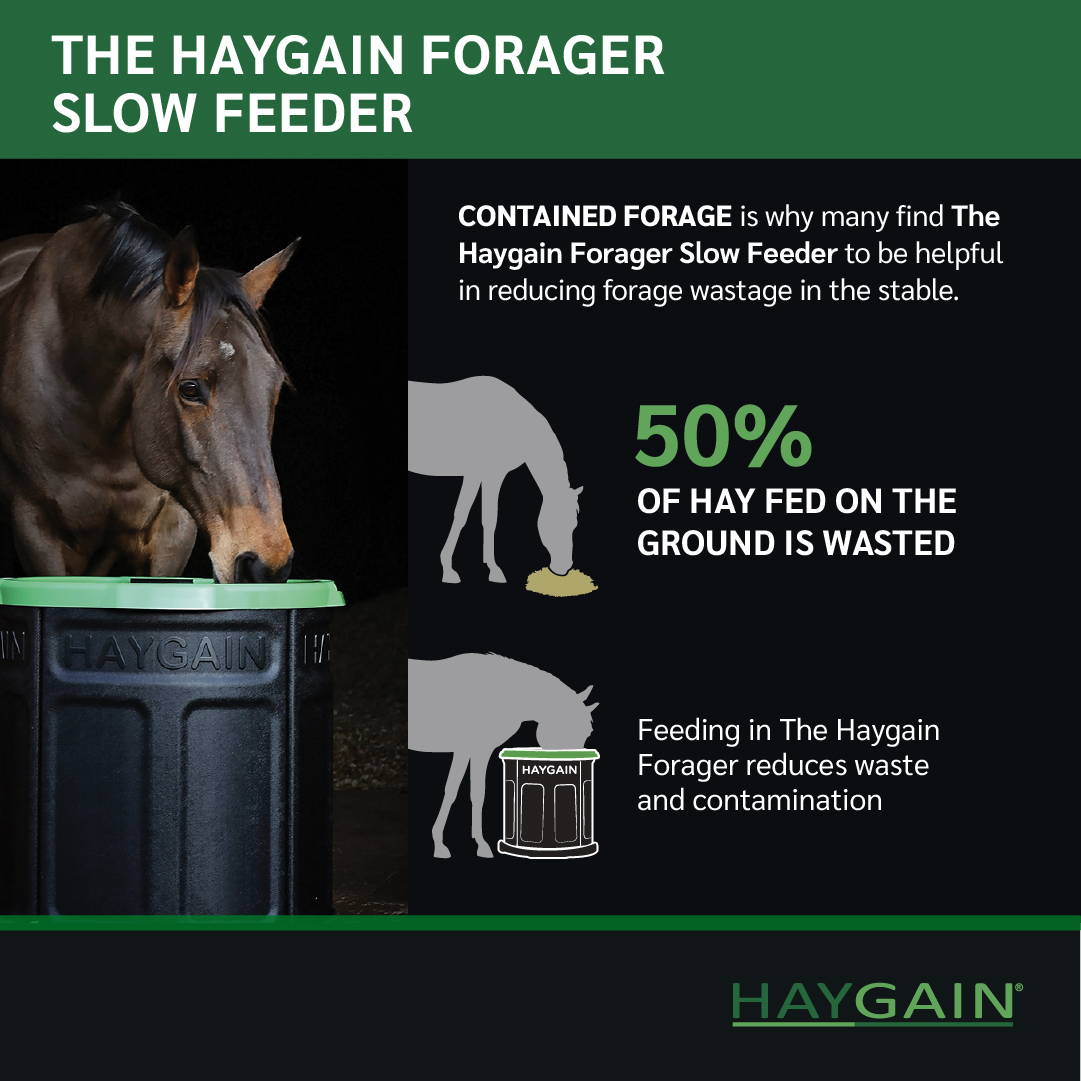 Less Waste: Haygain’s patented steaming technology produces forage with proven palatability and appetite appeal. The Forager Slow Feeder by Haygain contains hay off the ground, preventing it from being trampled into manure, urine, and bedding. Some estimates say that 50% of hay fed from the ground is wasted.

Haygain’s mission is to provide science-backed, non-pharmaceutical solutions for the horse health challenges that come with modern equine management. These solutions lessen our horses’ impact on the environment and that aligns Haygain with the “One Planet” approach to sustainability. The One Planet concept dictates that all stakeholders do our part to protect the planet. Haygain is proud to help horses and horse owners do theirs.