Husband's wise directive leads a 20-something pony back to good health. 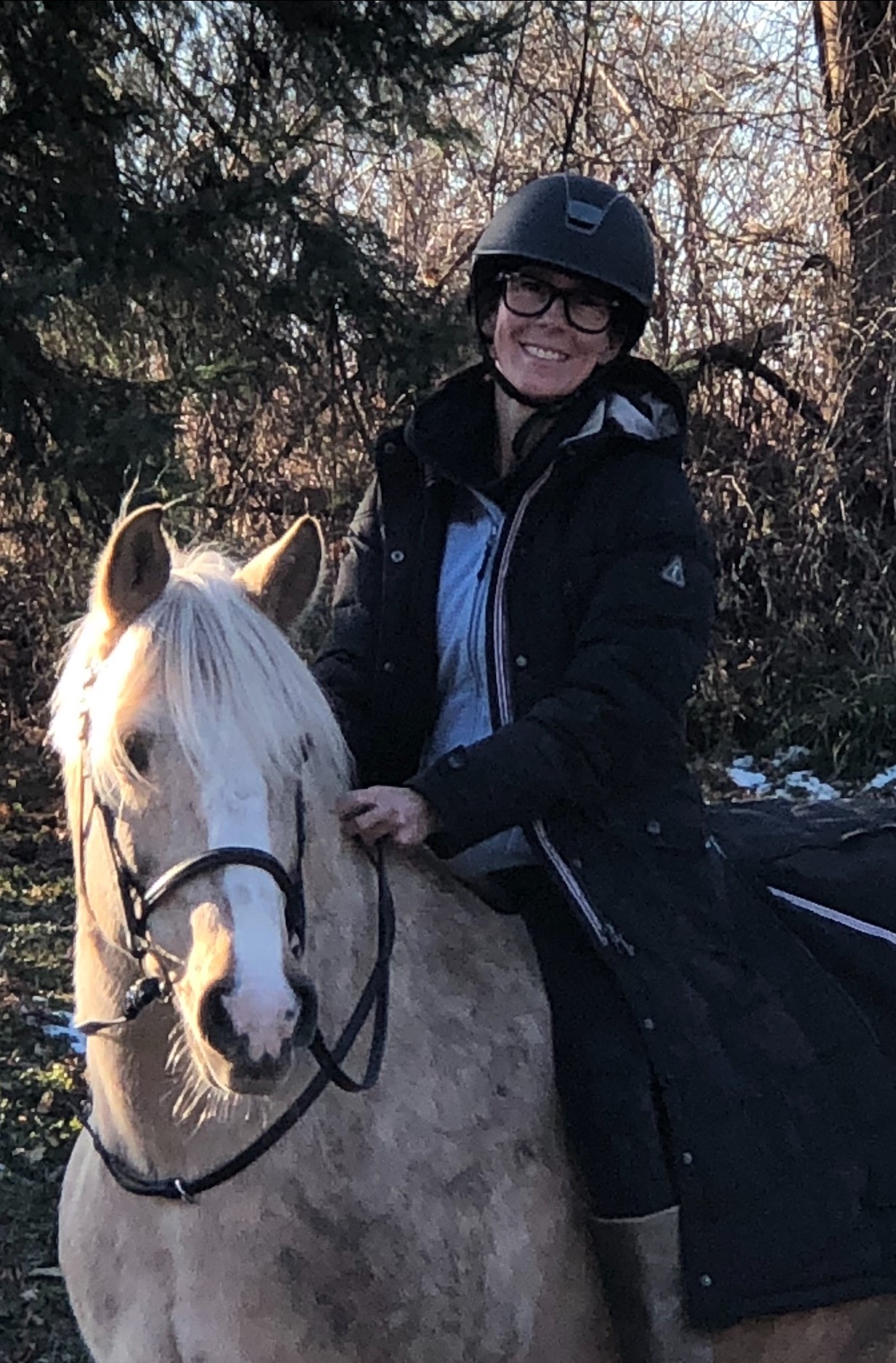 Husbands aren't usually the ones pleading for another horse-related expense. But it was Tim Coleman urging "Just buy the Haygain!" when his wife Melissa worried yet another day about Loyal, her beloved senior citizen pony who was struggling with heaves.

"Heaves" or COPD (Chronic Obstructive Pulmonary Disease) is the most severe condition on the Equine Asthma Spectrum and it was getting worse every day for Loyal. Like most equine respiratory problems, Loyal's condition first manifested with subtle symptoms: in his case, an occasional cough. That was about three years ago and it didn't interfere with his active, happy life as a trail-partner-turned-dressage mount.

By the summer of 2019, however, it was much worse, possibly attributable to Midwest weather extremes that badly affected the quality of hay accessible to the Colemans in Northfield, Minnesota. The vet diagnosed heaves and prescribed the corticosteroid dexamethasone. Melissa didn't like the diagnosis or the treatment proposed, but she started Loyal on the anti-inflammatory medication as directed. "I used it sparingly because there is a risk of laminitis," she explains. On days when Loyal coughed so badly "he wouldn't even move," Melissa saw the medication as the lesser of two evils.

She also tried soaking Loyal's hay, which she hated, too. "It takes a ton of water, it's a big process, it weighs a ton and then what do you do with all that water?" Indeed, effluent from hay soaking can be more toxic to the environment than raw sewage. Plus, soaking leaches nutrients from hay, and many horses don't like the taste and soggy texture.

"I was going back and forth, back and forth about what I should do," Melissa reflects of her agonized mental state early this year. That's when Tim spoke up. "The Haygain will solve all your problems," Melissa recalls him telling her.

At $1,749, the purchase of the medium-size HG600 Haygain Hay Steamer represented a significant chunk of Melissa's horse keeping budget. She bit the bullet, hit the "buy" button on SmartPak.com and waited anxiously for the delivery.

One of the benefits of at-home stables is the chance to gauge the horses' well-being first thing in the morning. "He's the little guy who, when he sees that you're awake and are having your cup of coffee, he starts talking to you and requesting attention." Prior to getting steamed hay, Loyal hadn't been doing that: he just wasn't himself, Melissa recounts.

Delivery delays due to COVID-19 issues gave Melissa extra time to worry whether this latest effort would help. Those vanished shortly after the steamer's arrival. "After not even three days on steamed hay, he was not coughing," Melissa reports. "He's back in normal work. He's peppy, happy, and talking all the time again. He's ready to go to work. "

Loyal is in his early 20s and Melissa believes steamed hay has given him several more years of happy, healthy, useful life. "I believe we owe our animals more than just riding them. I want to give my pony the best life I can."

An initial thought of building her own hay steamer was ruled out when she learned how Haygain's patented process reduces up to 99% of the dust, mold, bacteria and other allergens found even in hay of top nutrient quality. High temperatures are required to reduce those dangerous breathable irritants and Haygain steaming accomplishes that by reaching approximately 212°F in steam that is evenly distributed throughout the hay inside the thermally-sealed chest.

Worries about ease of use went by the wayside, too. "It's easy to set up, to get started and to clean. You just hose it out."

Melissa is not sure where she first heard about Haygain, but she's making sure her friends hear about its benefits from her. "It's a piece of equipment that everyone should own at some point in their lives." She won't stew over the vet and medication expenses that might have been saved had she heeded her hubby's advice sooner, but she can help her friends avoid that by spreading the word far and wide. "I'm telling every single horse person I know about Haygain. It is a game changer!"