Contagious sustained a minor injury that prevented him and McLain from going to the Pan Am Games, but not before determining that steamed hay was a big help. 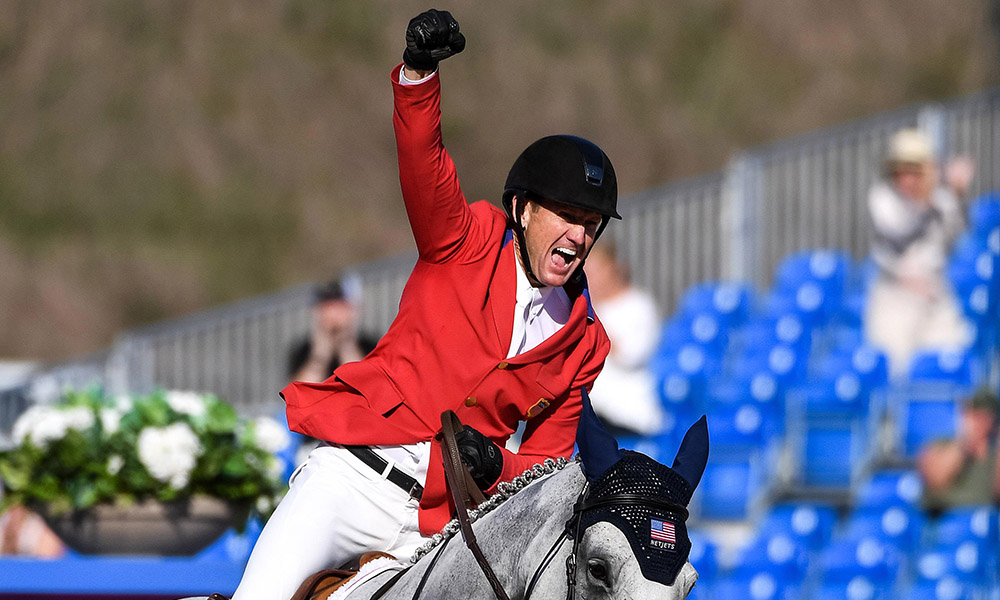 The son of professional horsemen, McLain began riding and winning big at a very early age, earning the nickname “the Kid”. He’s outgrown that, but not his enthusiasm for winning and, more importantly, horses. McLain cites winning the World Cup Final on HH Azur, in Omaha, and the Spruce Meadows Masters on Sapphire as career highlights. Yet, it’s hard to imagine a more thrilling round than the team gold-clinching jump-off with Clinta to secure gold for Team USA at the 2018 World Equestrian Games in front of a home crowd in North Carolina. He and his family live at the gorgeous Castle Hill Farm in New York, where McLain grew up.

We are incredibly happy to have added the Haygain hay steamer to our program."

“We are incredibly happy to have added the Haygain hay steamer to our program,” says Olympic and World Equestrian Games gold medal show jumper McLain Ward. Steamed hay is scientifically proven to rid hay of 98% of dust, mold, fungus and bacteria that is found in even top-quality hay. That’s why McLain’s Castle Hill Farm team sought it out earlier this summer to help Contagious, the horse with which McLain was selected to represent the U.S. for the Pan American Games.

An improvement in breathing within just five days

A relatively new horse in McLain’s string, Contagious was performing at his peak – winning the $208,200 Upperville Classic CSI-4* in early June – even while having some respiratory challenges.

"He always had a little trouble getting his breath,” explains Lee McKeever, McLain’s stable manager of 31 years and the FEI’s 2018 Groom of the Year. “Since getting the steamed hay, his breathing improved a lot: I’d say within five days of starting on it.” 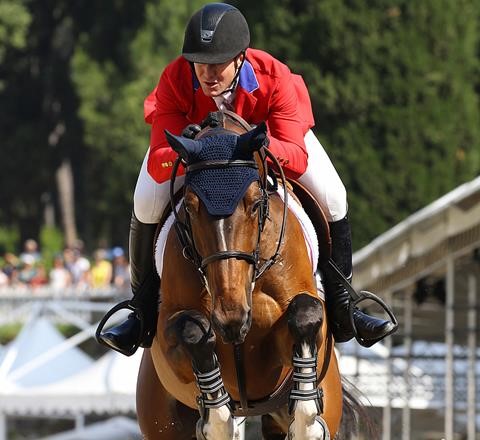 Since getting the steamed hay, his breathing improved a lot: I’d say within five days of starting on it.”

Contagious subsequently sustained a minor injury that prevented him and McLain from going to the Pan Am Games, but not before determining that steamed hay was a big help. That’s true for many horses, even top performers, because respiratory conditions are surprisingly prevalent and often without any clear symptoms. Research published last fall in the Journal of Veterinary Internal Medicine reported that 88% of 700-plus active sport horses participating in a three-year study had some degree of Inflammatory Airway Disease, aka “Equine Asthma.”

Steaming offers the all important consistency when traveling

“It’s so great for everyday use because when you are travelling a lot, you never know the quality of hay you’re going to get,” Lee explains. “At shows, for example, it can be dusty. We try to keep everything for the horses as regular as possible, and the steaming helps keep the hay the same quality.”

Protecting the horse’s vulnerable airway and lungs and helping horses with pre-existing respiratory conditions are the concerns for which Haygain was developed. McLain and Lee already see some of its additional benefits. “We’ve noticed the hay is easier to chew and digest, which is always a concern for the older horses,” says the rider of the retired horses living out their lives at his beautiful farm in Brewster, New York. And, Lee notices that some of the stable’s picky eaters are becoming enthusiastic eaters when given steamed hay.

We try to keep everything for the horses as regular as possible, and the steaming helps keep the hay the same quality."

It’s also easy to use, even in Castle Hill’s large program. With a current horse head count of between 25 and 35, the barn awakes to their full-bale steamer going two-rounds in the morning, then settles later in the day with another two rounds. A half-bale model suitable for the show circuit will soon keep the competition stars on their normal diet every day. “You just fill the boiler with water and plug it in”, explains Lee of the steamer’s easy incorporation into daily stable management.

Haygain hay steamers off a range of health benefits for horse owners; from respiratory health, to digestive health, hydration, palatability, performance and skin condition. Find out how Haygain hay steamers can help your horse today by clicking on the links below. Becky James BSc, MScTechnical Sales Director, Haygain. A stable is not a... Travelling horses It is currently common practice for horses to...