It’s been 10 years since Steph Brownbill ticked off the goal of competing at the London International Horse Show. Her brass ring then was the Pony Club Mini Major Final in which an under-12 rider is paired with a veteran to navigate a pony-sized show jumping course.

Steph was teamed with the late legend Tim Stockdale and the atmosphere had the high emotional charge for which the event is famous. “I was quite determined to qualify and, from the moment I did it, I knew what I wanted to do.”

What Steph wants to do, then and now, is show jump at the highest level. The 21-year-old is directing her determination to returning to the London International, but this brass ring is set substantially higher -- as in 1.5 to 1.6-metre fence heights found at international Grand Prix. Building on two junior championship gold medals, Steph’s senior career is in ascent mode and she and her mostly self-developed horses are on track for big things.

Talent, dedication and the patience to develop young horses are critical to making it in the sport, notes Rowland Fernyhough. In trade for coaching, Steph works for the Team GB Olympian at his Cross Farm in Gloucester. “Not everybody knows how to make young horses. Unless you’ve won the lottery or you know somebody, you have to be able to start young horses: to have that education and grounding to know how to produce them.” 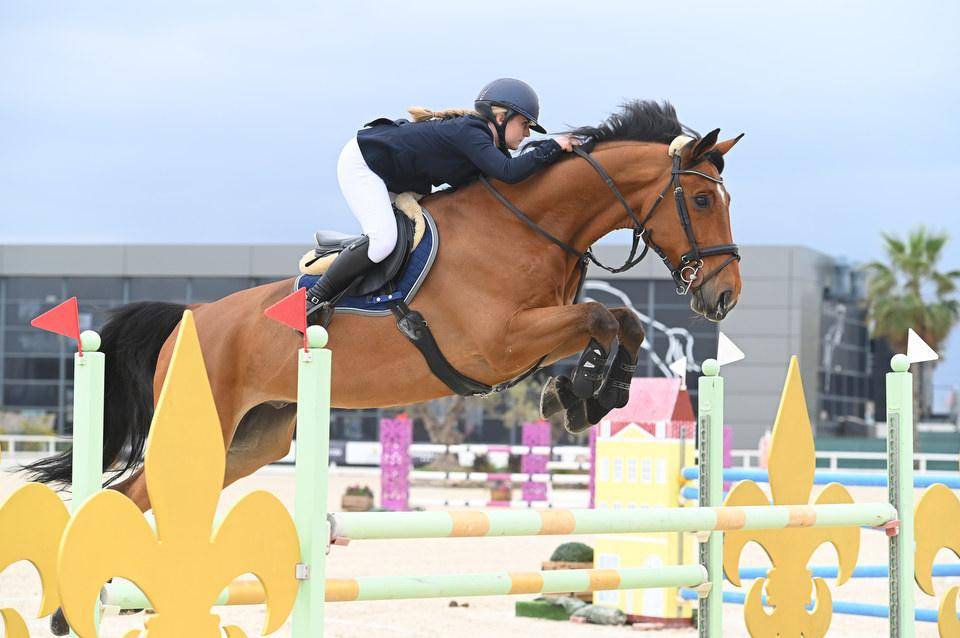 Steph has that and more, says Rowland.

“She has a good feel for the horses. She rides quite a lot of the young ones for us and they go well for her. She has a nice eye, too.”

Steph has another mandatory quality: the willingness to work hard and stick with it. “She’s right on our wavelength in that regard,” Rowland asserts. “She is totally dedicated and has no problem with all that. She understands the sweat equity side of our sport.”

Jumping into competition on already-produced equine partners can be a fast track to show ring success, but Steph appreciates the broadly applicable lessons learned in developing horses. She enjoys bringing prospects along for herself and for others.

“One of my favourite things is to produce a horse, get them going then have them go out and do well for somebody else. That’s a special moment because you know you’ve done right by the horse. It’s very rewarding.” 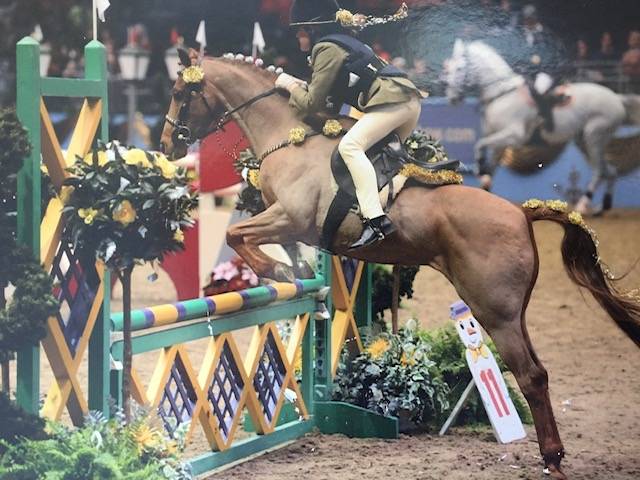 Managing her own yard has helped Steph hone a thorough care program. “I work closely with our veterinarian, farrier and physio to optimize each horse’s welfare and performance. I want to get the most out of each of them, while making sure that all the core aspects are in place to prevent injury and to set them up for long term success going forward.”

She’s grateful for the help of Vale Equine Rehabilitation Clinic, especially its water treadmill that helps build muscle and condition without stressing joints. As a foundational element of her horse’s care, Haygain Steamed Hay reflects Steph’s embrace of science-backed approaches to peak performance and well-being.

In this expensive sport, excellent horsemanship and riding skills alone are not enough to reach the top. Business sense and social savvy are required to supplement sales and training income and prize earnings. Olympic caliber equine athletes are rare and identifying them happens only after considerable investment of time and training.

“Some people are adept at getting money but don’t ride so well, and some people ride well but aren’t good at having access to those who could support them financially,” notes Rowland. He sees that firsthand through the experience of his son, Joe, also 21. Along with riding skills and horses that helped Team Great Britain to Youth Nations Cup victories this year, Joe is outgoing and active on social platforms that help build fanbases and supporters.

Steph is quiet, Rowland notes. “But she’s quite good at that part and has a big nucleus of the right people.”

One of those right people is Steve Xerri, whose family brings much more than the “X” to the XB Equestrian brand Stephanie represents. “The reason we invested in Stephanie came from the heart,” says the entrepreneur. “It’s about the hours we put in, the way we discharge our time and the dedication to achievement.”

His own life’s trajectory confirms that success isn’t a solo venture. Steve’s wife of 30 years and their two daughters enabled the realization of many ambitions and the commitment to XB Equestrian’s “We don’t park dreams” motto.

Familiar with the national level of equestrian sport through his daughters’ involvement, Steve sees in Steph the kind of equestrian the industry could benefit from and capitalize on. “She is important because she has the humility to know her surroundings and the level of dedication and determination to achieve her goals. That’s something we invest in!”

“It’s a tough industry to work your way up in,” Steph acknowledges. Her increasingly impressive results, especially in multiple classes, are building the XB Equestrian brand in the best possible way.

Those results start at home, where Stephanie manages XB’s busy yard and training facility. Located near Cardiff in South Wales, the property is carefully designed to suit horses at every life stage. A 60 x 30 outdoor arena features FEI grade show jumping tracks and the indoor school has an Andrews Bowen riding surface. Spacious stables with cushioned mats that are sealed to the stable wall highlight many horse-health focused amenities.

In early October, XB Equestrian’s sparkling blue lorry rumbled in readiness for Steph’s biggest step-up yet, the CSI3* Sunshine Tour in Andalucía, Spain. She’ll pull in with solid successes at the 1.3-meter level with two of her more advanced equine partners, Calcourt Sparklund and Nocturna SJ. She’s looking to establish the same results at 1.4 meter division with those two, and has a 5-year-old coming along for mileage in the lower levels.

“I’d like to see how far we can get in the next couple of years,” Steph explains of her near-term ambitions. “I am pushing to develop a solid string of horses that will take me well into the future.”

“She’s at the start of a very special journey,” Steve Xerri reflects. It’s a journey likely to put Steph back in an intense spotlight like the one where her show jumping dreams first ignited.