Shannon Peters is not afraid to try something new when it comes to her horses' health. When her Grand Prix mount of a decade ago, Flor de Selva, struggled with weak hooves and tender feet, Shannon researched natural ways to improve hoof strength and introduced the concept of barefoot trimming as an option in the high-performance dressage world.

Her husband, four-time dressage Olympian Steffen Peters, is a tad more conservative. He has his native Germany's renowned tradition of horsemanship and is meticulously careful about every aspect of care. 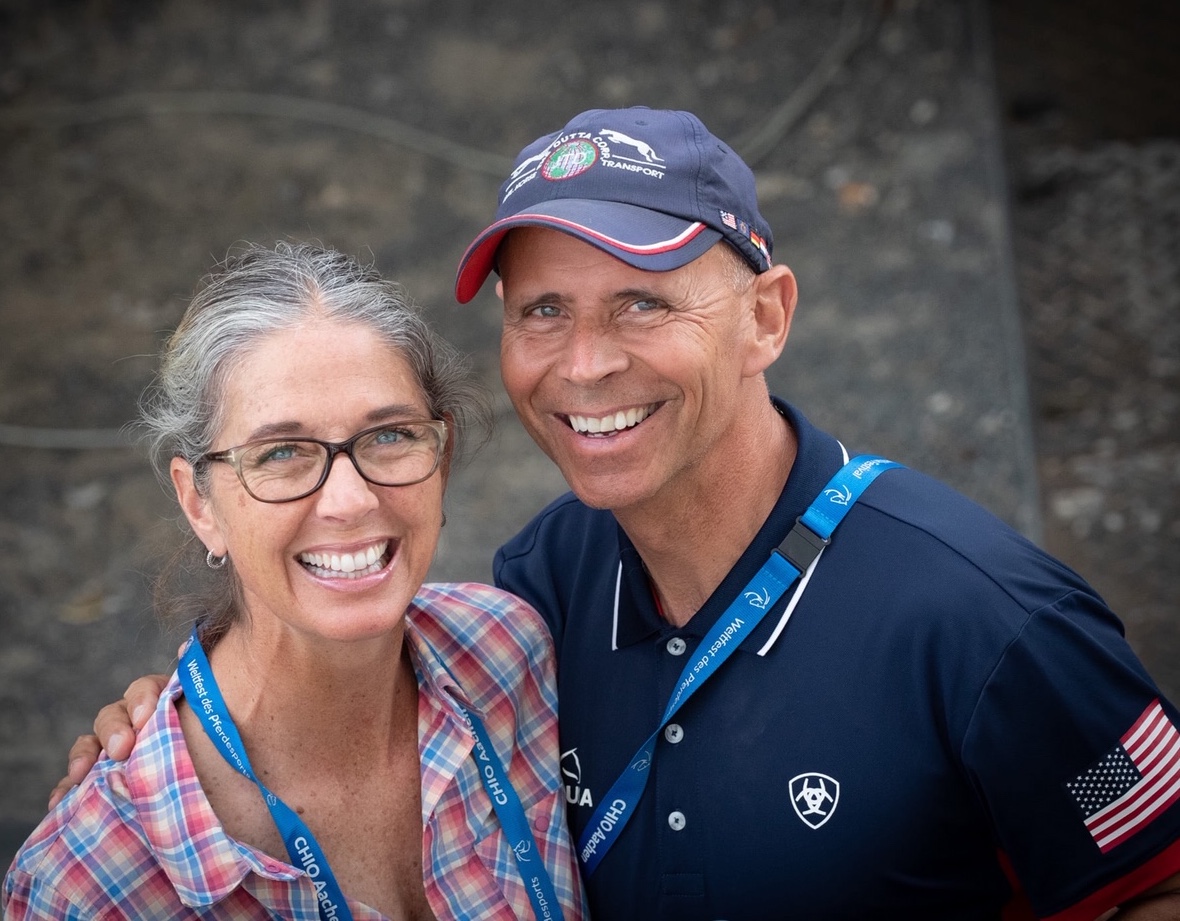 Yet, they've both become believers in the benefits of Haygain high-temperature steamed hay. As with barefoot trimming, Shannon led the way on behalf of Flor De Selva. The Westfalen gelding contracted Lyme disease in 2009, compounding long-standing issues with a sensitive immune system. Lyme disease is difficult to diagnosis and debilitating in humans and perhaps more so in horses because it's rare and presents as other conditions.

"Squishy" foundered five times in four years and was simply sick much of the time. Although Haygain was relatively new in the U.S. then, Shannon learned of steaming's ability to reduce up to 99% of the dust, mold, fungi and bacteria found even in hay of good nutrient quality. She put Squishy on it to help reduce his exposure to toxins in general and found that it helped him lead a more comfortable life.

Shannon turned to Haygain more recently when her current Grand Prix mount, Disco Inferno, contracted a cough for no apparent reason. The Peters' Arroyo Del Mar training base in San Diego is not a high allergy area and proximity to the California coast keeps the air clean and fresh. The 12-year-old Dutch Warmblood lives outside, so indoor air could not be blamed.

Early this year, Disco Inferno developed a mild cough, only while working. No fever or runny nose, Shannon reports. It quickly accelerated to "the kind of cough that pulls the reins out of your hands." He couldn't be ridden and even coughed while being hand-walked. Cough medicine, soaking the hay and reluctantly administered antibiotics did not help.

With Squishy comfortably living in retirement, Shannon had recently sold her original hay steamer to a local racehorse trainer. "Of course!" she sighs. She purchased a new Haygain and, within two days of getting steamed hay, Disco was no longer coughing. 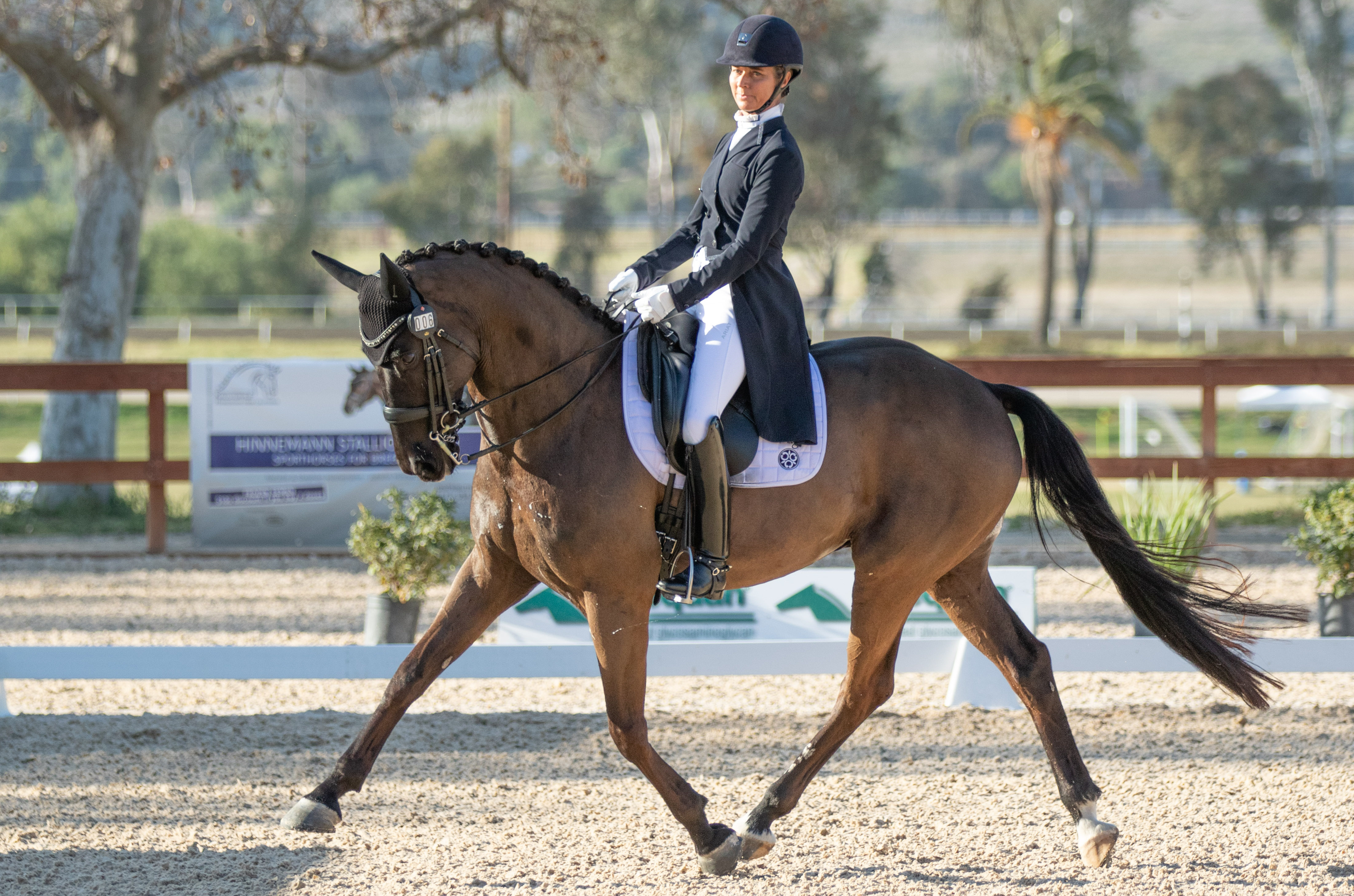 Meanwhile in Florida, Steffen Peters and Suppenkasper earned two 80-plus scores en route to 11 wins in 11 outings at the Adequan Global Dressage Festival. The win streak was likely to have earned Steffen yet another Olympic experience. That was until the Tokyo 2020 Games were postponed and the show world shut down because of COVID-19.

Suppenkasper, aka "Mopsie," had no coughing, respiratory or other health issues to suggest he needed steamed hay, but the Peters opted to try it out for him when he returned to California in April.

In lieu of health challenges, Mopsie does have one bad habit steamed hay has helped reduce: he's a notorious hay dunker. "He could have 10 buckets of water in his stall, and he'll dunk his hay in every one of them," Shannon relays. With dry hay, the big Dutch Warmblood would dunk each bite, making each water source gunky and unappealing and reducing his desire to drink.

Mopsie loves the steamed hay, Shannon reports, and he's dunking much less of it in his water sources. Perhaps he's read the research that Haygain steaming quadruples the amount of water in the horse's diet and is less concerned about hydration. Most likely he hasn't read that, but his appetite for it corroborates studies indicating that horses prefer steamed hay to dry or soaked.

"Normally, we'd have a lot of hay left over and now he's eating most of it and his water sources are a lot cleaner than they used to be, which is nice," Shannon says.

Haygain high-temperature hay steaming was developed in conjunction with the Royal Agricultural University in England in 2009. It has been quickly embraced by high performance eventing and show jumping competitors. On the dressage front, Debbie MacDonald was an early adopter, for her Olympic and World Cup partner Brentina.

Steffen and Shannon Peters join a growing number of top dressage professionals adding steamed hay to their horse's routine, as both a solution to specific health challenges and for its overall benefits even for horses with no apparent issues. Haygain & USEF: Going for the Gold Standard in Horse Health

Haygain & USEF: Going for the Gold Standard in Horse... British Olympic dressage gold medallist Laura Tomlinson is one of...