It's steamed hay all the way for equine Popeye. 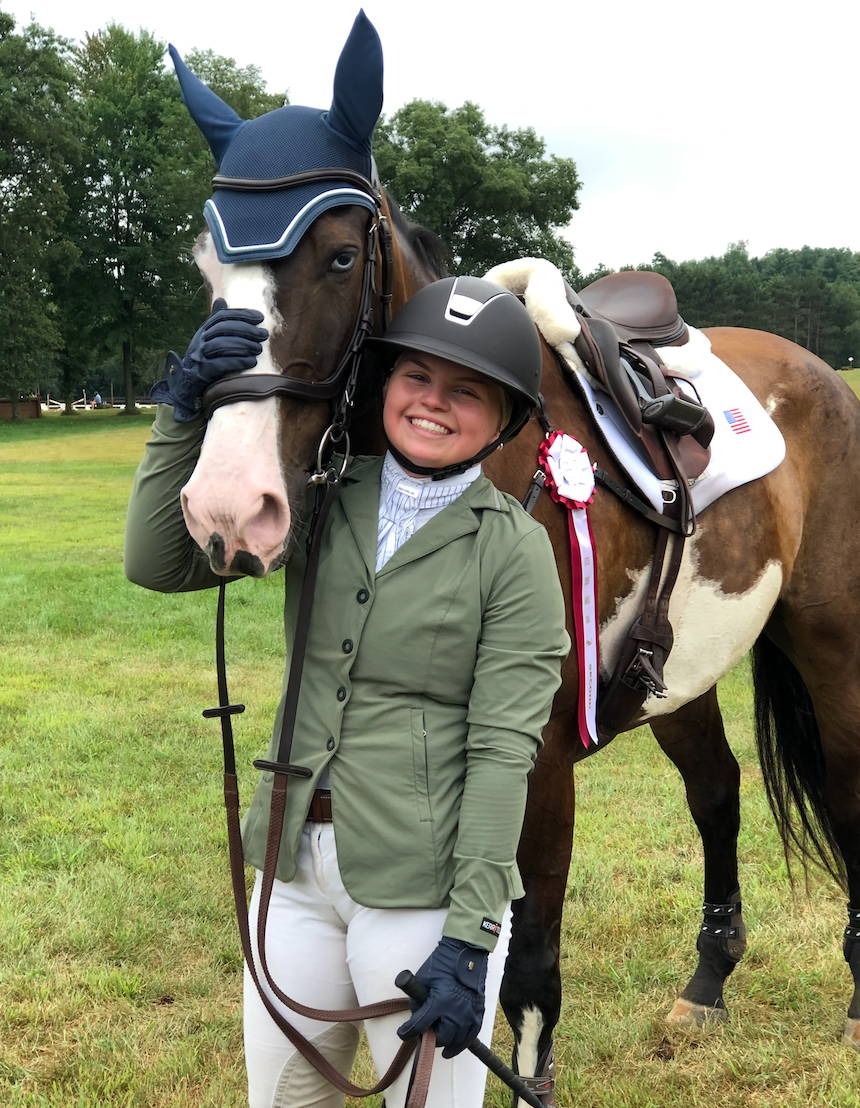 Young eventer Nicole Timm is coming up on her third anniversary with Primitive Popeye, whose flashy good looks reflect his unique mix of Thoroughbred, Shire and American Paint Horse blood. From his one blue eye to his fetlock feathers, he's a looker. And a jumper, fortunately. Nicole purchased him on a trainer friend's recommendation shortly after he was imported from Europe with hopes of competing at the Preliminary and 2* level.

But soon after he arrived at the Timm family's Winterhaven Stables near Milwaukee, Wisconsin, Popeye began coughing and his breathing was occasionally labored. Nicole was surprised and disappointed. There had been no indication of respiratory problems in his native England, and his new home has the open space and fresh air usually ideal for ensuring respiratory health. The horses live outdoors 24/7 when the weather permits. When they're in the barn, Dutch doors allow ventilation.

Nicole speculated the coughing and poor breathing might have been triggered by the change in environment. Indeed, that is a familiar phenomenon for horses who make the transatlantic trek.

Whatever the cause, Nicole wanted to help her horse. Suspecting a condition on the equine asthma spectrum, Popeye's vet performed a dynamic scope of his upper airway and a bronchoalveolar lavage which confirmed that diagnosis. The coughing and poor breathing got so bad that Popeye was out of work for a three-month stretch last year. That's tough for any horse on a competitive path and more so because his Shire size makes it a little hard to get him back into condition after a lay-off.

Soaking hay to reduce the dust in it had not helped, not to mention the process being messy and laborious. Meanwhile, the coughing and poor breathing progressed to what seemed a chronic condition.

Haygain hay steamers came highly recommended from their vet. The high-temperature hay steaming process eliminates up to 99% of the dust, mold, fungi and other allergens found even in hay of good nutritional quality. Nicole had not heard of Haygain, but it sounded worth a try. The family discussed it as an investment in their horse's health and decided, "Let's just do it," recalls Nicole.

There's been no buyer's remorse. Popeye's cough is greatly reduced and his breathing is much better, plus he's back on track to be the eventing partner Nicole had hoped for. The improvements were gradual. The hay harvested the year they bought the steamer wasn't great quality, says Nicole. She suspects that contributed to his symptoms getting progressively worse before they discovered steaming.

Horse's lungs serve as a filter for the oxygen that passes through to the bloodstream that delivers it to every cell in the body. It can take a while for inflammation-causing irritants throughout the respiratory tract to be cleared. After three months of getting steamed hay, "We noticed a huge change," says a relieved Nicole. This year it was COVID that prevented them from competing as planned, but Nicole notes she is "so happy just to be able to ride him again."

The Timms purchased Haygain's largest model, the HG2000, which steams a fully strung bale each cycle. So, boarders' horses are benefiting from steamed hay, too. One 20-year-old horse came to Winterhaven in the summer with the challenge of maintaining his weight. Multiple studies have shown that most horses prefer the taste of Haygain Steamed Hay and he confirmed that. "It's made a huge change for him, too," Nicole reports. "Steamed hay seems to be easier for him to chew and he's gained a lot of weight." 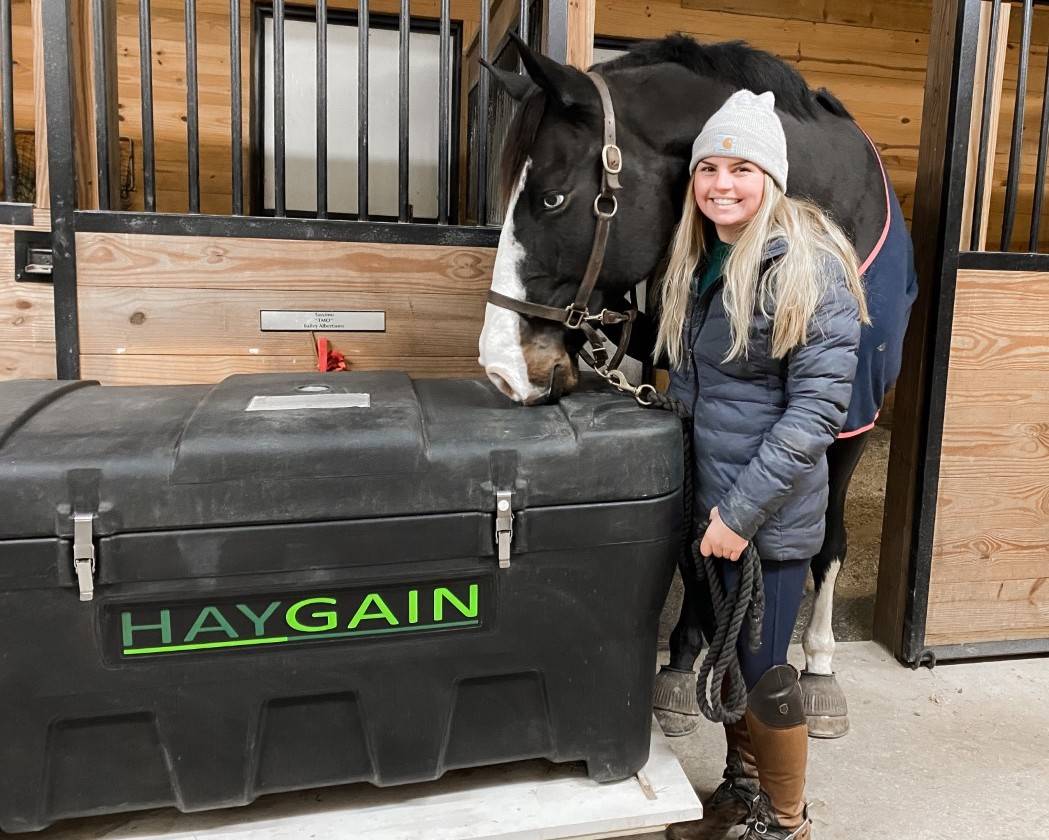 As of this past summer, Winterhaven Stables took another step toward providing highest quality horse care when they harvested their first crop of home-grown hay. "It has been phenomenal," says Nicole. Even with the best hay from their own backyard, however, steaming remains critical. "Our hay quality this year is great, but hay is still hay: It has dust and particles in it. Even if you think you have the best hay in the world, I'd still say, 'steam it'."

Incorporating steaming into the daily barn routine took some time, the young rider acknowledges. With the help of a barn worker, she lifts the steamer out of its custom-built nook to clean it twice a week. This is especially important during Wisconsin's winters when freezing temperatures are the norm. "We don't have a heated barn, so it was a trial and error process to figure out how to prevent things from freezing." The keys have been regularly draining excess water from the chest, through the model's two drain holes, and emptying all water from the steam generators and connecting hoses between steams. "It does get quite cold up here, so we had to figure out a plan," Nicole explains.

Now all Nicole and Popeye need is for the show season to resume so they can put the high hopes Popeye came with into action.