Tipper is a twice-rescued horse. The first time was about 15 years ago, when Jennifer, a Texas horsewoman, rescued the mare from a slaughter-bound situation. The second rescue was 18 month ago, when the mare’s Chronic Obstructive Pulmonary Disease (COPD) became so bad that Jennifer considered it kindest to put the 25-year-old Quarter Horse out of her misery.

Out of the blue, the otherwise healthy, spunky Tipper had begun coughing excessively and her breathing had become labored. An ultrasound of her lungs revealed inflammation and the COPD diagnosis.

Dust or mold was the suggested culprit, and Jennifer suspected the former because of the dry climate of her Midland, Texas home. For the same reason, she did not suspect mold, which generally needs moisture to thrive. Jennifer spic and spanned Tipper’s stable environment, eradicating dust. She bought hay bags to keep Tipper’s meals off the ground. But the coughing and breathing struggles persisted.

Tipper’s vet prescribed the standard medications, starting with dexamethasone, a steroid intended to treat the inflammation that makes it difficult for COPD horses to exhale. “They can breathe in, but it’s hard to breathe out,” says Jennifer of the condition commonly called “heaves.” COPD, also called Recurrent Airway Obstruction, got its “heaves” nickname from the major effort required to clear the airways and form the “heave lines” that develop when abdominal muscles have to work so hard to do it. 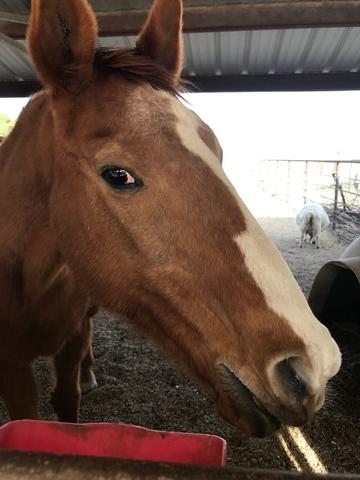 The steroids did nothing for Tipper

Next came ventipulim, a bronchodialator that cost $200 for a bottle that lasted three weeks. Jennifer was willing to cut spending elsewhere so she could afford the medicine, but the ventipulim only improved Tipper’s condition by 50 percent. Her breathing was still labored, her appetite was off and she was losing weight.

“It was a vicious cycle,” Jennifer shares. “I’m thinking it was only going to get worse for her and I didn’t want her to suffer. I knew I would eventually have to put her down.” That’s when Jennifer went into “obsessive ‘save this horse’ mode.”

A vet along the way had mentioned the concept of steaming hay, so Jennifer built her own device using a wallpaper steamer and a trash can. The hay that produced helped a little, but Tipper was still struggling.

Not satisfied, Jennifer delved into COPD research online and found Haygain USA’s website, with its wealth of scientific studies and veterinary advice for managing equine respiratory health. Applying her science-oriented career background, she recognized that Haygain’s unique high temperature steaming (at least 212*F) was needed to kill what she had concluded was killing Tipper: mold in the hay, even though she always bought top quality hay. 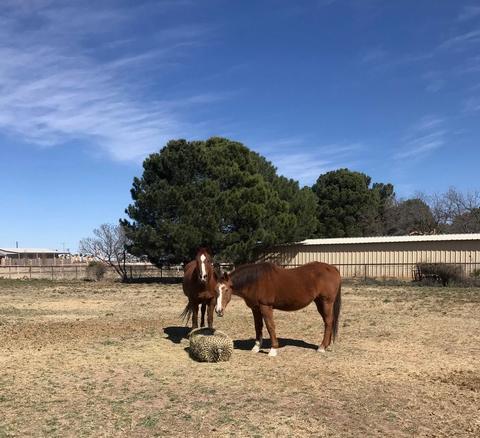 Jennifer bought an HG 2000, a full-bale steamer and took a half day off of work to await its arrival.

Two days later, Tipper’s coughing was gone. “She was 100 percent better!” a still-amazed Jennifer reports. In fact, the senior citizen runs across the paddock when the freshly steamed hay is set out.

Developed by riders, for riders, we understand the importance of clean forage and a healthy stable environment for maintaining the overall well-being of the horse. Our hay steamers are recommended by many of the world’s leading riders, trainers and equine veterinarians. Catch up with event rider Chelsea Pearce after a busy season Get A Jump on Allergy Season!