One of McLain Ward's top jumpers gained steam in his Olympic pursuit thanks to Haygain Steamed Hay.

The 12-year-old gelding Contagious came to McLain Ward's stable well before the onset of COVID and the pandemic that makes his name seem quite terrible. Especially for such a terrific horse.

As one of three horses shortlisted with McLain for the Tokyo Olympics this summer, the Duetsches Sportferd has a good chance of giving a more positive association to his name. Certainly, with top five finishes in the biggest classes at Wellington this spring, he is well on his way to doing that.

Sired by Contagio, Contagious jumped onto international radar as McLain's horse for the U.S.' 2019 Pan Am Games team. However, an injury a few months prior nixed that plan. His rehab and recovery were managed with meticulous care and patience by the team at Castle Hill Farm in Brewster, New York.

The same level of care and horsemanship is responsible for noting another issue with Contagious that is both more subtle and much more prevalent: mild respiratory challenges that appeared to affect his performance.

"When we first got him he was a little weak and under-muscled," explains Owen Rogers, a key member of Contagious' care team working under Lee and Erica McKeever. "After exercise, he would breathe pretty heavily. It was like he could never quite catch his breath. Occasionally, he would wheeze and sometimes, he coughed a lot. 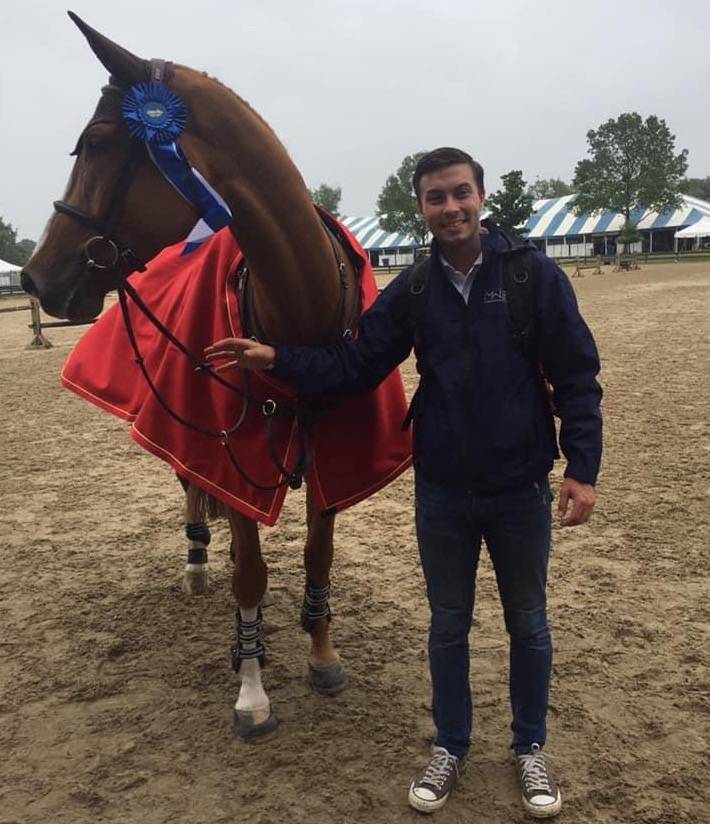 "Even when he was quite fit, he would kind of lose steam at the end of the course," Owen continues. "We thought maybe it was allergies or something in the hay. It wasn't severe, and we didn't think it was a major health problem, so we sought out smaller steps first."

The smaller step that made a big difference was Haygain Hay Steaming. "It has made a huge difference," Owen reports. "It's like he now has that last bit of wind he needs and that he used to lose."

Haygain Hay Steaming eliminates up to 99% of the dust, mold, bacteria and allergens found even in hay of good nutrient quality. These are major causes of respiratory challenges that affect over 80% of active sporthorses, often without obvious symptoms. Inflammation is the horse's natural defence against irritants in the airway. Reducing these irritants is important in managing the horse's environment for peak respiratory health.

"Probably within a week of starting steamed hay, we could tell the difference in his breathing," Owen recalls. "We saw it in the quality of his breath and he coughed much less. It just seems that he can take a deeper breath."

As his results attest, Contagious is a bold, scopey jumper. "He's actually a bit of a chicken in the barn, though," Owen shares. "If something moves too fast or suddenly in the barn, that's too much for him. Those are some of the same ingredients that you want in a top horse because they make him careful over the jumps."

Owned by the Revers family's Beechwood Stables, Contagious is sometimes called "poussin" (French for "baby chicken") - in the barn because he can be timid. That is until the treats come out. "He's shy until he's not," Owen says. "He can be very pushy, to where any time you move your hand he thinks he should get a treat."

How to get horses to drink enough in Winter?

Regarding his name, Owen says Contagious is here to stay. "He came to us with that name. It sure became ironic once COVID hit. Occasionally we change a horse's name, but for the most part, we don't." 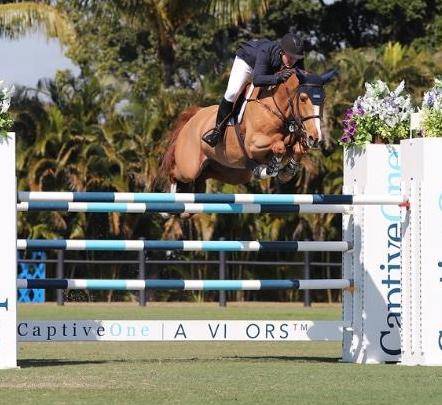 Contagious came to McLain in 2018, by way of Reed Kessler, the young 2012 U.S. Olympic jumper who bought him in Europe as an 8-year-old. She kept him and other horses at Castle Hill on returning to the States and McLain liked what he saw. When Reed decided to focus on school, McLain had the chance to add Contagious to his own stellar string.

His upward trajectory of accomplishments continued early in the partnership with McLain. After the lay-up and COVID show closures, Contagious returned to competition last summer in fine form, winning a CCI3* at Traverse City and placing well at HITS Saugerties. Hunches about his Olympic potential were solidified with Winter Equestrian Festival successes early this year, especially a 4th-place finish in the late March CCI5*.

"When we got to Florida, he really hit his stride," Owen comments. "Those were big courses that asked a lot of tough questions and we were really pleased with that. The sheer difficulty of the track in the 5* was kind of a real moment for us when we realized he could be our Olympic horse."

Contagious is in Europe now, with the CSIO Rome Nations Cup as the first United States Equestrian Team observation event for Olympic team selection purposes. McLain has two other very strong horses, HH Azur and Kasper van het Hellehof, with him on the Short List. Whether or not Contagious and McLain become one of the three pairs for Tokyo, Contagious has proven the pay-offs of patient, proactive development and care. And he's already done his part to put a good spin on the word "contagious." 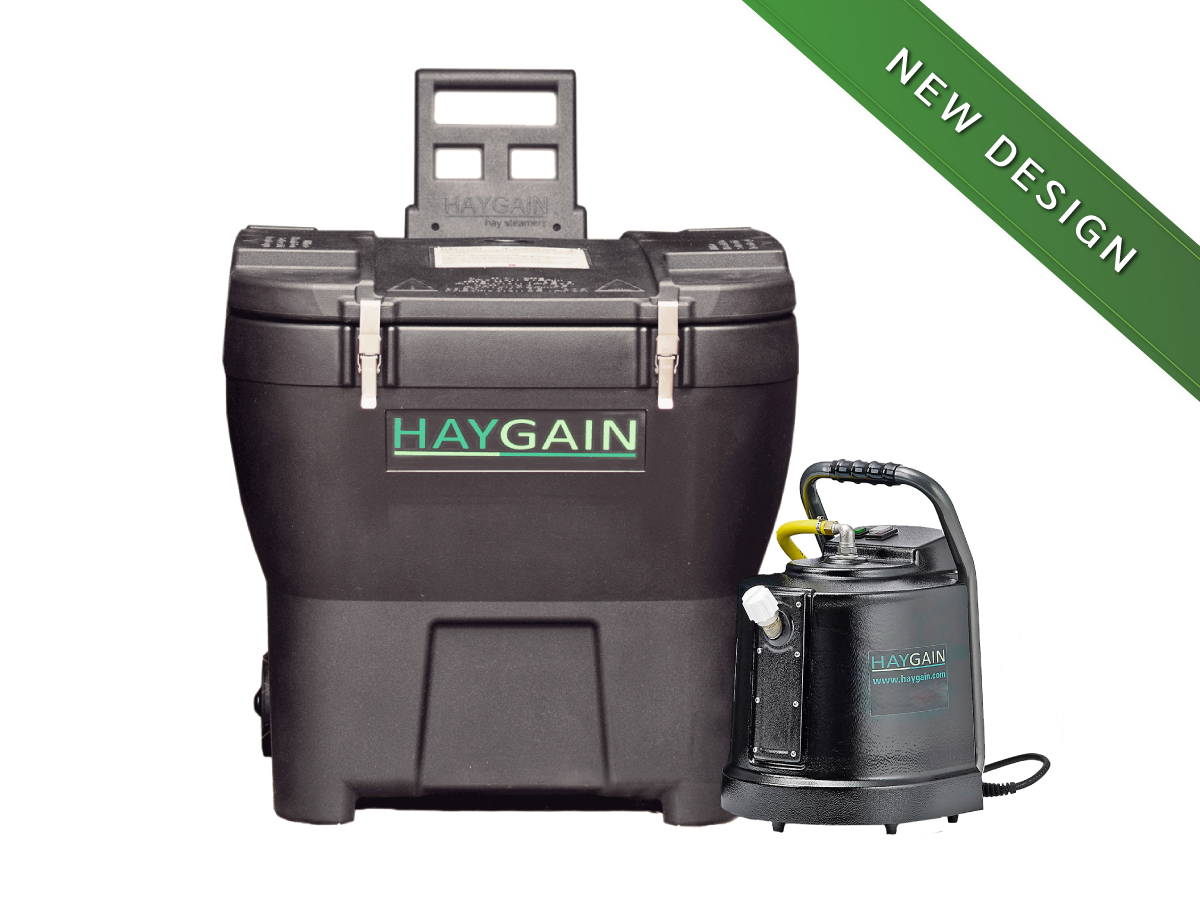