Help your horse and the Upperville Colt & Horse Show by bidding on an HG One Hay Steamer.

It's often asserted that the "show" must be put back into "horse shows," but that lament doesn't apply at America's oldest hunter/jumper competition. One hundred years in, the Upperville Colt & Horse Show never lost its "show."

After a COVID cancellation last year, the tradition resumes Monday, June 7, in The Piedmont region east of the Blue Ridge Mountains in Virginia. Two-thousand horse-rider pairs are expected to gather "under the oaks" to contest divisions ranging from leadline to the $25,000 USHJA International Hunter Derby and the $213,300 FEI 4* Grand Prix. Jack Russell Terrier races and the Horses and Horsepower antique car show amplify the fun factor. 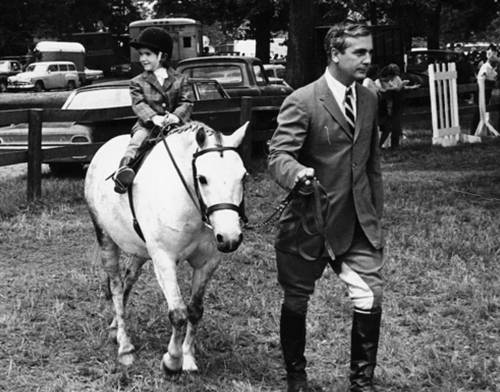 As a contributing sponsor, Haygain is happy to bring new thinking on horse health to this oldest and most venerable equestrian event. The company is donating an HG One Haygain Hay Steamer, valued at $999, as a fundraiser for the Upperville Colt & Horse Show. The steamer will be on display, with a bid sheet available, at the FarmVet vendor space on the Jumper Side of the venue. Bidding is open until Sunday June 13th at noon, and all proceeds will go toward supporting the wonderful event. Those who can't attend are encouraged to call a friend who is to put in a bid for the steamer.

Haygain got involved at the request of Upperville Board of Directors members Joe Fargis, the 1984 Olympic gold show jumper, and Tracey Weinberg. Both have witnessed the benefits in Haygain Steamed Hay in their own horses.

"It was transformative for my horse Honolulu 111," explains Tracey of the Grand Prix jumper Joe campaigns for her. "In the fall of 2019, she just started to cough. She had horrible, horrible coughing episodes - while riding, in the barn, etc. We bought a nebulizer and treated her three or four times a day, but that didn't do the trick."

FarmVet CEO Christian Curry suggested a Haygain. "He was just starting to carry them in Wellington and he said, 'You've got to come see this'." Tracey purchased a steamer for Honolulu, the cough disappeared, and the mare resumed her ascent in the sport. She and Joe won't be contesting the Upperville Grand Prix because the Olympian will be a bit too busy as president of the show, but they're on track for a big class the following week.

Joe is a man of famously few words. He has two for Haygain: "It works."

Developed in conjunction with the Royal Agricultural University in 2009, Haygain steaming eliminates up to 99% of the dust, mold, fungi, harmful bacteria and other allergens that are present even in hay of top nutritional quality. Reducing these microscopic respirable particles from hay is an important step toward creating healthy horse environments. It helps prevent and/or manage respiratory issues that affect over 80% of active sporthorses, often without obvious symptoms.

Haygain Hay Steaming also nearly triples the moisture content in hay, which is great for hydration and digestion. Research and ample anecdotal evidence prove that even the pickiest eaters love the taste, and Haygain is renowned for its appealing aroma. 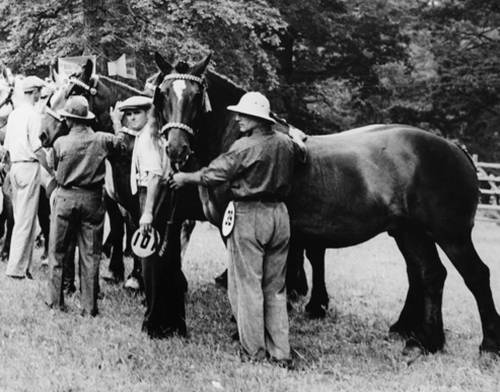 Joe and Tracey are members of a rapidly growing roster of top horsemen to embrace Haygain's benefits. These include Upperville fan favorites McLain Ward, Beezie Madden and Lillie Keenan, their contemporaries in other disciplines and everyday horse owners around the world.

Haygain is also supporting Upperville as a sponsor of The Grooms Award. Offered at a select circuit of top competitions, this program acknowledges and honors those who provide the day-to-day care of the horses competing at the highest levels. Grooms of all horses entered in the FEI Grand Prix receive gift bags filled with items and opportunities from sponsors. Haygain is proud to recognize these behind-the-scenes stars of equestrian support.